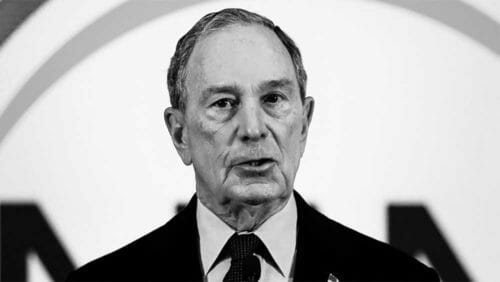 Fairfax, VA – -(Ammoland.com)- Joe Biden isn’t the only presidential candidate having uncomfortable verbal lapses. One of the more telling moments of the tenth Democratic presidential primary debate on February 25th occurred when former NYC mayor Michael Bloomberg put his mouth where his money is, blurting out that in 2018, he had “bought” Democrats their majority in the House of Representatives.

The admission came in the wake of an earlier attack by Pete Buttigieg on the viability of Bernie Sanders as the nominee – that of the 40 Democrats “who actually turned the House blue,” none had embraced Bernie’s platform.

Bloomberg – one of the two billionaire bookends on the debate stage – chimed in to take the credit. Out of those 40, “twenty-one of those were people that I spent $100 million to help elect. All of the new Democrats that came in and put Nancy Pelosi in charge and gave the Congress the ability to control this president, I bought … I, I got them.” (See the video at the 1:34:00 mark.)

One of the Democrats that Bloomberg claims to have “bought” is Lucy McBath (D-GA). Ms. McBath was previously a national spokesperson and faith and outreach leader for the Bloomberg-founded and funded gun-control group, Everytown (which includes Moms Demand Action). It should come as no surprise that, earlier this month, Rep. McBath endorsed her benefactor in his run for the White House, as have several of the other Democratic members similarly beholden to the former mayor.

Since 2007, Bloomberg has spent at least a quarter of a billion dollars on gun control efforts across the country, through Everytown and otherwise. Within hours of Bloomberg announcing his presidential bid, it was disclosed that his campaign was being allowed to “rent” the private Everytown/Moms email lists, because of his “unique role” and the “significant investments he’s made.” Small wonder that during the February 25th debate, Bloomberg boasted onstage that, “I have a six million-person organization around this country, Moms Demand Action and Everytown.” (See the video at 1:45:30.)

And while he is self-funding this vanity project presidential run, it is important to remember that Bloomberg has more money than the annual budget of many countries. And we’re not just talking about small countries, like Liechtenstein. Given his net worth is estimated at more than $60 billion, that puts him ahead of the annual budget of countries like Peru, Romania, and Chile.

Now, with his own campaign on the line, Bloomberg is not likely to turn off the money hose. Despite his late start in the race, he has already outspent every other candidate in the 2020 presidential election, racking up over half a billion in campaign advertising expenditures alone – more than the ad buys of all of the other Democratic candidates combined. (For those with less abstract political interests, Mike 2020 events are notorious for their lavish food and drinks.)

Thus far, all that moolah has resulted in considerable movement in the polls for the former New York City mayor. When he entered the race in late November of last year, he had meager polling numbers around two percent. After turning on the money, though, Bloomberg’s numbers have risen to the mid-teens.

The real impact of this extravagant, unprecedented spending remains to be seen, as Bloomberg opted to skip the first four Democratic primaries this month to focus on the “Super Tuesday” states.

What is clear is Bloomberg’s attitude about his billionaire “buying power.” In addition to his ill-judged claims of buying politicians and owning so-called “grassroots” organizations, he’s dismissive about the concerns of Americans who – regardless of party affiliation – may feel there’s something inherently wrong about “buying” an election:

“I’m spending a lot of money to try to replace Donald Trump. And for people that don’t want me to do that, I guess they want to keep Donald Trump as president because if you want to get him out there, you should hope I spend even more.”